During the first Inside 3D Printing conference at the Javits Center in New York City in 2013, scores of vendors and speakers showed up to discuss the various applications of the technology. Focused on the consumer, as opposed to larger events like RAPID, greater emphasis was placed on what could be done at the desktop level of 3D printing. Some speakers showed off the applications of various industries—from engineering, to fashion, to culinary arts—with a mind on how that could trickle down into everyday home use. Most fine art examples of the application appeared limited to custom jewelry and baubles, with perhaps one notable exception. During a lecture of his work in yacht designs and aerosystems, one presenter—an engineer named Igal Kaptsan—slipped in some examples of work he was doing for Frank Stella. 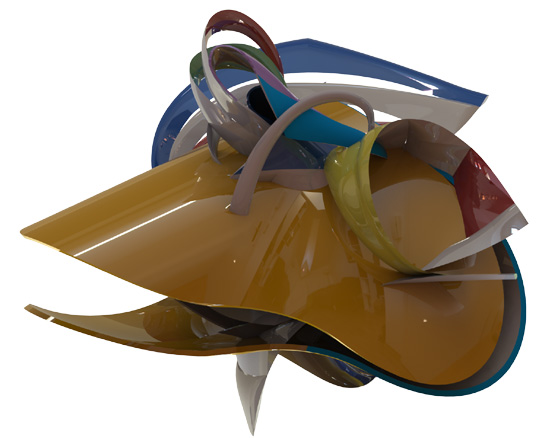 It may surprise some to learn the painter who eased Abstract Expressionism into Minimalism is using 3D printing in his creative output. However, Frank Stella has used additive manufacturing in his work for more than a decade: a natural progression from his relief paintings of the 1970s. “He doesn’t think of it as a technological break through,” remarked Michael Aupig, Chief Curator at the Modern Art Museum of Fort Worth, and curator of Stella’s 2015 retrospective at the Whitney Museum of Art, which runs through February 7, 2016. Aupig notes that Stella has been using such technology since the 1990s. “It is an expedient kind of pencil.”

While Stella’s oeuvre seems defined by geometry, for a guy who once told David Hockney he couldn’t draw, it seems less likely he would be working with 3D-software. For millennia master artists have been working with assistants, so it should be no surprise that Stella has a design team assisting him. One of the key team members is Kaptsan, and before meeting Stella he had never heard of him. 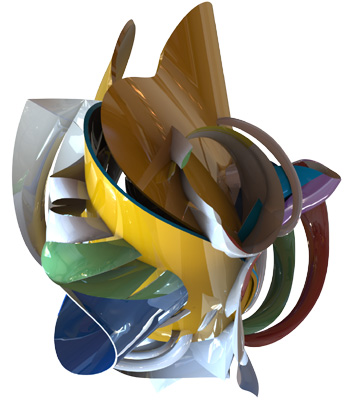 Born in Moldova. Igal Kaptsan was raised and educated in Israel, where he received a bachelor’s degree in mechanical engineering, and a master’s degree in information technology.  In 1998, Kaptsan moved, with his family, to the United States spending a number of years designing aerospace systems and developing engineering software for various computer-aided CAD & PLM (product lifecycle management) design companies.

In 2003, Kaptsan began consulting for Francis Design in the United Kingdom, helping them convert their yacht design process from surface design to parametric design, which allowed the company greater ease for customization. The design firm also dealt with architectural projects, and late in 2003 the owner of the company, Martin Francis, introduced Kaptsan to Frank Stella and Veronika Schmid, an architect and key member of the Stella team who oversees the fabrication and installation of Stella’s completed projects. The introduction resulted in Kaptsan consulting on a project that, three years later, became “Frank Stella on the Roof,” at the Metropolitan Museum of Art in New York. After meeting a few times in London, Kaptsan recalled, “one day Frank asked me where I lived. I told him I lived in Philadelphia. And he responded, “Why are we meeting in London? I live in New York!”.

Meeting regularly in Stella’s New York studio, Kaptsan quickly identified that the working methodologies for artists and engineers differed. “My working process was, if you give me the requirements and the dimensions, I can design the object. With Frank, I had no clue what he wanted.” Stella’s three-story studio was full of stuff. To Kaptsan, none of it had functional meaning: a contrast to his years of creating objects with functional purposes supported by investments. With that mindset, their first two years of working together could best be described as rigid. Kaptsan required more detailed instructions to try to comprehend what Stella wanted to achieve. Then, Kaptsan had a minor accident: he used a design method that generated an unexpected result. “The shape looked interesting and I showed it to Frank. And he liked it. So that’s when Frank said, “show me everything you do. Don’t be tied into the requirements I give you.”” 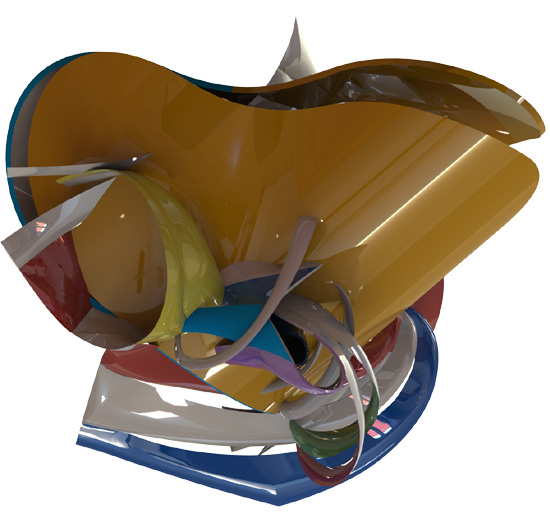 Over the course of an interview, Kaptsan gave me a glimpse of his working process online, and opened a past project, along with a series of screen captures. (A similar example can be found on YouTube) Starting with the shape of a disc, he used the software to punch a hole through its center, followed by several cuts radiating from the center like the teeth of a circular saw blade. With the software he can asymmetrically inflate and deflate the various segments, and experiment further with bending and twisting each section. “A box: you’re eye can understand how a box was built. Looking at this, your eye can’t.” The process is further complicated when two geometries are interplayed. These shapes get perforated, intersected, smashed together, and subtracted from one another, leaving an impression like a body pressed against memory foam. In the end, the final form possesses enough variety within its surfaces and shapes that it would be difficult to reverse engineer. With each significant step, Kaptsan saves a copy of the file: a working process contrary to his engineering background. As an engineer, if a client wanted X, Kaptsan delivered X. For Stella, he delivers a whole alphabet, complete with ligatures, and punctuation. 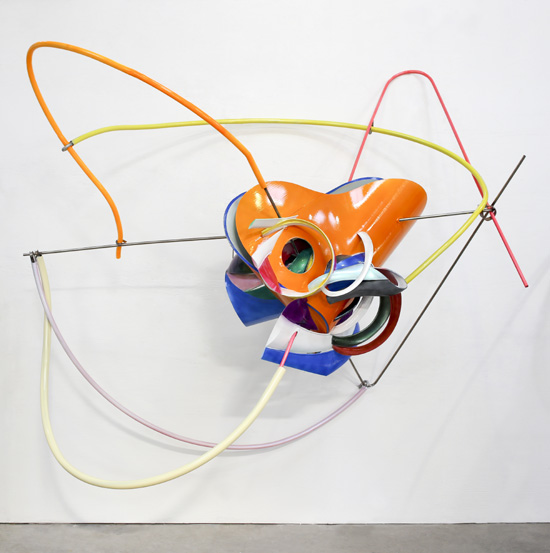 To produce the work, Kaptsan knows 3D printing isn’t the only option available to Stella. “When I start producing the final work, I know which machines work best with which materials.” That doesn’t eliminate speculation: In one instance, Kaptsan thought glass would be the best solution, and asked around to see who could make it in glass. Everyone said no. “Since I am an engineer I don’t take no for an answer.” As a result, he learned how to blow glass, creating elegant vessels with a variety of size and form. “I’ve been blowing glass for seven years. And in that time I have learned that this shape cannot be made in glass,” Kaptsan admits. “But I learned a new skill!”

Blowing glass is not the only skill he has learned. In his years working with Stella, Frank showed him how to look at art. “Before I would walk past it and think it was useless. Why would I spend time looking at it?” Today, Kaptsan spends a lot of time looking: learning from nature: photographing his discoveries. “It serves a purpose in my mind now. An aesthetic purpose. A beauty purpose. It requires your mind to think how it was created, and what it represents.” Kaptsan uses his engineering to make art; Stella has engineered the artist.